Home SerbiaCapitalism SPEAK YOUR MIND FREELY IF YOU DARE
CapitalismSerbia

SPEAK YOUR MIND FREELY IF YOU DARE

When I have the money, I’ll be happy. When I have a stable relationship, I’ll feel fulfilled. When I have a good job, I’ll be at peace. This sort of perverted logic is typical of twisted minds because we are rarely told and hardly by anyone the truths such as: when you are happy in poverty, money will come later, when you feel fulfilled in your solitude, you will be in a relationship after that, when you feel at peace in your uncertainty, you will get a job afterwards.

We all think we should have first so that we can be. Happy, fulfilled, loved, in love, rich, beautiful… And actually, it is the other way round. We should be first. Honest, consistent, well-intentioned, humane, compassionate. And having itself comes later.

And in that pursuit of acquiring and having we imperceptibly become slaves of capitalism. We threw off medieval shackles, we are no longer persecuted by the state security service, we do not fear the Church, we get artificially served freedom on capitalist gilded plates telling us that our real value is our market value.

Fast food, a supermarket express lane, a highway fast lane, fast Internet… But slow lives. Everybody is bored; love, right judgement and personal merits are overdue in everyone’s life. There is something wrong there because neither products nor services are sold today, just time. This is how it goes with this instant McDonald’s generation. Only now matters. That is why love and friendship have been devalued, because they take time. 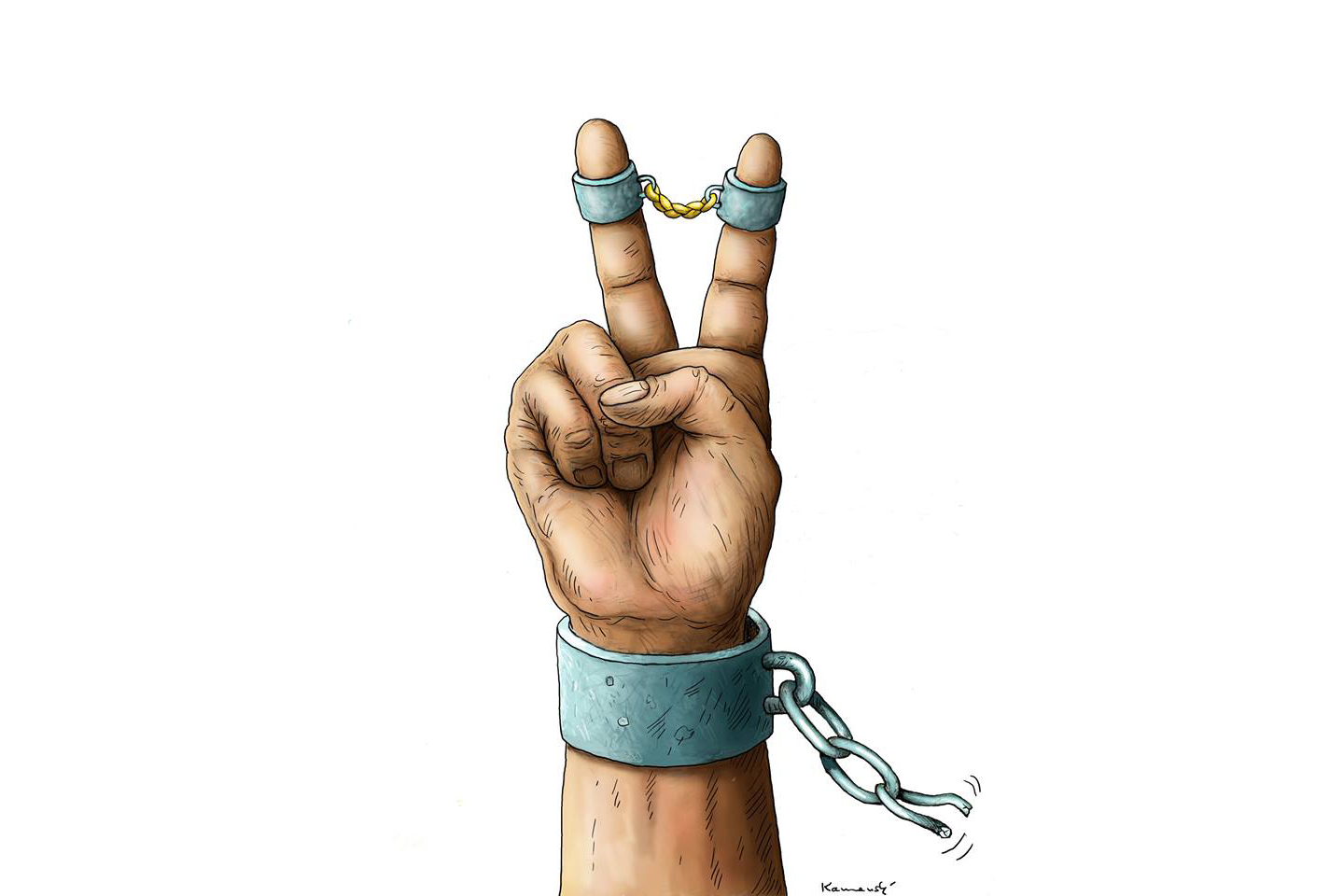 In that artificially made world that is real to us, capitalist freedom has become a uniform that everyone can wear, a perfume everyone can apply and a passport anyone can use to go anywhere they want to. And that is far from freedom. In a world where anyone can supposedly do anything, but knows very well what must not be done, everybody thinks the same, looks the same, nods in approval of the same. In such a world, there is no freedom.

That is why fledglings have their wings clipped as soon as they spread them, the curious have their tongues ripped out once they utter something, the tame have their shins broken the moment they learn how to walk. They are forced to sign pacts with the Devil, executioners and murderers on silence and intellectual isolation just to be able to survive. They know they will live to see the dawn only if they do not ask questions, if they do not draw conclusions, if they do not practise broad-mindedness and if they do not express their opinions in public. Even though all this is permitted today. But within your own walls.

Today those walls are the last bastions of defence when it comes to the little  humanity and compassion remaining in us. Those walls are our souls, our heads, our families, our children. That is why we need more love, courage and consistency to survive, because out there, if you do not wear a modern capitalist swastika on your upper arm, you will not die by the bullet like back then, but of hunger you will.

Translated from the Serbian by Svetlana Milivojević-Petrović

SPEAK YOUR MIND FREELY IF YOU DARE was last modified: August 15th, 2016 by BlogDan

SAY ONLY THE BEST ABOUT THE EXES

I CAN (NOT) DO EVERYTHING

THE NAVEL OF THE BALKANS

FAKE IT UNTIL YOU MAKE IT

I LOVE YOU SERBIA, BUT I LOVE MYSELF...

EMPLOYERS, LOYALTY IS NOT TO BE DEMANDED BUT...

SPECIAL BECAUSE OF ITS SOUL

Your style is very unique in comparison to other people I’ve read stuff from.
I appreciate you for posting when you’ve got the opportunity,
Guess I will just book mark this page.

Hello there! Would you mind if I share your blog
with my twitter group? There’s a lot of people that I think would really appreciate your
content. Please let me know. Many thanks

It’s appropriate time and energy to earn some plans
for the future and it is actually time and energy to be happy.
We have check this out post and when I was able to I wish to suggest you
few interesting things or tips. Perhaps you can write
next articles discussing this informative article. I need to read more
aspects of it!

Have you ever thought about including a little bit more than just you articles?
I mean, what yoou say is important and everything.
But imagine if yoou added some great graphics or video clips tto give yyour posts more, “pop”!

Your content is excellent but wikth imaghes and videos, this site could
certainly be one of the most beneficial in its field. Fantastic blog!

When I originally commented I clicked the “Notify me when new comments are added” checkbox and now each time a comment is added I get several
e-mails with the same comment. Is there any way you can remove me from that service?
Appreciate it!

You actually make it seem so easy with your presentation but I
find this topic to be actually something that I
think I would never understand. It seems too complicated and very broad for me.

I am looking forward for your next post, I will try to
get the hang of it!

And certainly, thanks in your sweat!

Hi to all, it’s truly a good for me to go to see this
web site, it consists of priceless Information.