As with most other people, life has not caressed me. But people have. And they did it so well. Sometimes with their eyes, sometimes with their words of comfort, sometimes through touch, but always sincerely. They would appear as if on command at the most critical moments. And how healing, spontaneous, those caresses were, not asking for anything in return while giving their all.

They even caressed me with their lies and for years, too, but for each suffering there was a saviour for me. They were like changing of the guards. They would never appear too early, never too late, but always at the last moment. They were people of flesh and blood, of different age, gender, interests, even intelligence. They were common sinners, forged in the heat of earthly furnaces, who resurrected themselves from the depth of their own fears. Shattered against the bottom, they were able to pick themselves up from their own shards. Those people exactly. They brought me back to life by pounding their fists against my rib cage.

I never looked for them although I needed them. I suppose they were brought onto my wayward path by my genuine need and a kind of silence that only souls could hear. They would always approach me with a smile. They liked me even before we shook hands. They knew where it hurt before I even started complaining. They would take me by the hand and put me back on the right path. Sometimes they would just be switchmen, sometimes wise men, at times they would even impudently stick their fingers into my open wounds, convincing me they healed faster that way. And they never lied to me. Ever. 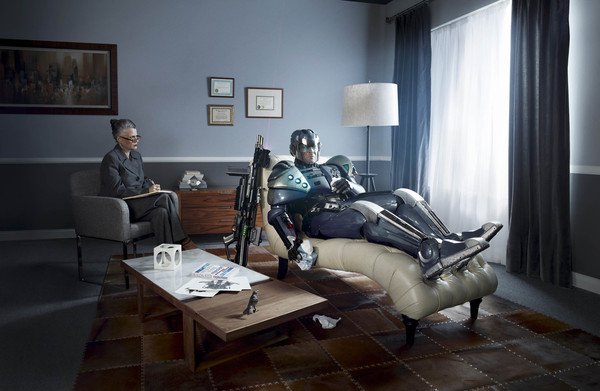 They taught me there were no mistakes, only the right decisions made belatedly sometimes. There was no bitterness or anger, only sincere smiles and faith for a better tomorrow. They taught me never to fret because you should trust people. Never to be sad because sadness was healed by a kind human word, and problems resolved by honourable human acts. There was no condemnation because one who knew how to understand others did not carry a sword passing a sentence, but love that healed. Nowadays, when everybody knows everything, when conspiracy theories solve all dilemmas, when everybody uses unnamed but reliable sources, when the deaf always overhear something from the mute, and the blind always read something from the illiterate, those are the people who taught me how to appreciate the raw, grisly, motherfucking truth. They taught me it was not the truth if it did not hurt, because if it did not hurt, you had already known it, or it was not the truth at all.

Life has not caressed me, but I have caressed it. Even today it can growl at me through its drooling jaws. I just give it a wink, because I know it. It can’t put us to as many tests as we can pass with flying colours, nor can it bite as fast as the wounds can heal. Trust me, it gets discouraged in the end because even tailless beasts tuck their shitty tails between their legs when facing the determined.

There are well-intentioned people all around us. Even though it may seem they’d rather not be recruited sometimes, they are always ready to charge. Sometimes they fear their goodness is going to be gambled away by others, so they often keep it hidden in a safe place. People with sunny dispositions keep it for a rainy day. In that small world of mine, full of great people, nothing is missing, but there is always some room for more. For more love.

Translated from the Serbian by Svetlana Milivojević-Petrović

IS THE BRIDE PREGNANT OR IS IT TRUE LOVE?

YOU CHEAT BY WHAT’S IN YOUR PANTS, YOU...

A LETTER TO MYSELF

SAY ONLY THE BEST ABOUT THE EXES

IT GETS FREEZING COLD BEFORE DAWN

WE ARE GOING TO THE STARS

I CAN (NOT) DO EVERYTHING

PARENTS ARE HUMAN, TOO

A MAN WHO IS HIS OWN MASTER CAN...

LET GO OFF THE PAST